Unconscious Bias And Its Damaging Impact on the Workplace 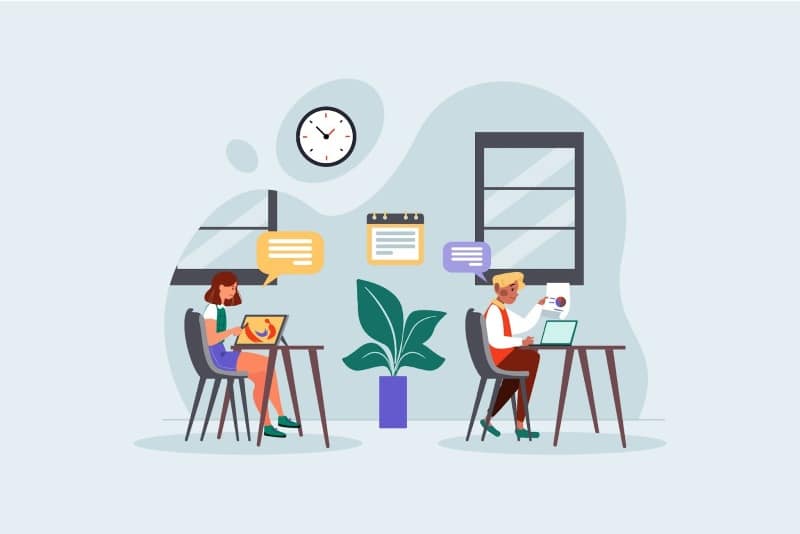 Businesses today are striving to create a workplace that is inclusive and free of bias. However, many employers are unaware of unconscious bias’ existence and its damaging impact on their workforce. Unconscious bias is a type of unfair prejudice or unsupported judgement in favour of a person or group that people hold without being aware of it. It’s often based on stereotypes and can lead to unfair treatment of certain individuals or groups. In order for businesses to create an inclusive space where employees feel valued and respected, it’s important to understand this issue and how to tackle it.

This article will explore some common manifestations of unconscious bias in workplaces along with suggesting fair and progressive employment practices businesses in Singapore can take to create a more equitable and diverse environment for all.

Gender bias occurs when one gender is favoured over another. Typically, this issue rears its head in how there is a preference for men over women at the workplace. Research has showed that women were 30% less likely to be hired even if their resumes were of equal quality as males. Employment discrimination is further seen in how studies have shown that women in Singapore were found to earn 6% less in spite of sharing equivalent qualifications, age & industry with male colleagues and women have a 14% lower chance of being promoted in comparison to men. With women tending to be stronger and more empathetic communicators, businesses need to ensure workplace diversity to tap on the strengths on both genders.

Age bias happens when people have a prejudice towards individuals based on their age. On a whole, age bias usually affects older workers more as reports have shown that less than 20% of hiring managers think this age profile has the most experience or is the ideal fit for a role in their company. However, the wealth of experience that mature workers add to the workforce is an asset that organisations can leverage upon. As Singapore battles an ageing population and workforce, age bias is a very real, pressing form of employment discrimination that needs to be addressed.

One of the most common types of unconscious bias, racial bias is an insidious form of prejudice where certain races or ethnicities are favoured or discriminated against. Its prevalence can be seen in how The Society for Human Resource Management (SHRM) reports that job seekers from minority groups globally have to go for 53% more job interviews than their counterparts from other races before landing a job. Being in multi-racial Singapore, it is even more crucial for businesses to ensure they do not practice employment discrimination. Ensuring workplace diversity also brings practical benefits as minority groups bring different perspectives that can unlock new markets.

The Damaging Impacts Of Unconscious Bias

If left unchecked, unconscious bias can result in a drop in the quality of staff hired in workplaces as the hiring process is compromised. This can lead to hires made not based on the skill and relevant experience of the individual, but due to the employment discrimination shown by the hiring manager or employer. Over time, this can significantly weaken the workforce, as skilled jobseekers are turned away during the hiring process due to certain prejudices.

When there is unconscious bias at a workplace, it lowers the morale, causes division within teams and affects employees’ performance. The bias may alienate certain staff, and they are unlikely to contribute or raise suggestions. In extreme cases where this occur frequently, workers may even look to leave their job, leaving companies unable to retain their talent.

If promotions are shaped by unconscious bias, it throws the entire organisation into disarray. Less competent employees may be empowered, while competent ones are overlooked because of a prejudice. Beyond losing skilled staff that could add value in developing the organisation, this can also limit the development of certain employees who may feel they do not need to hone their craft as they are favoured due to certain prejudices.

How Fair And Progressive Employment Practices In Singapore Can Help

One fair and progressive employment practice that businesses can consider implementing is blind recruitment. To avoid unconscious bias from seeing a person’s age, gender or race, there is software that can hide these details and only displays jobseekers’ skills and experience. Doing so ensures that all incoming employees are hired based solely on their merit and not their background.

Another means of addressing unconscious bias is to survey current employees to learn about any implicit prejudices they encountered,  recognise it is an issue and determine how you can tackle this issue. Businesses can also invest in unconscious bias trainings to take positive steps to ensure workplace diversity and inclusivity.

Make A Pledge To Fair And Progressive Employment Practices

Unconscious bias is the silent killer of workplace diversity and it’s time for workplaces to start acknowledging and addressing it through the implementation of  fair and progressive employment practices in Singapore.

The Singapore Business Federation Sustainable Employment (SE) initiative calls on the Singapore business community to take purposeful action to improve their SE practices in anticipation of emergent trends and future developments. Singapore Business Federation launched this initiative with a report that highlights key recommendations and potential opportunities for businesses to take on to achieve long-term business success and foster a vibrant economy and inclusive society.

Make the pledge to join others in this journey.